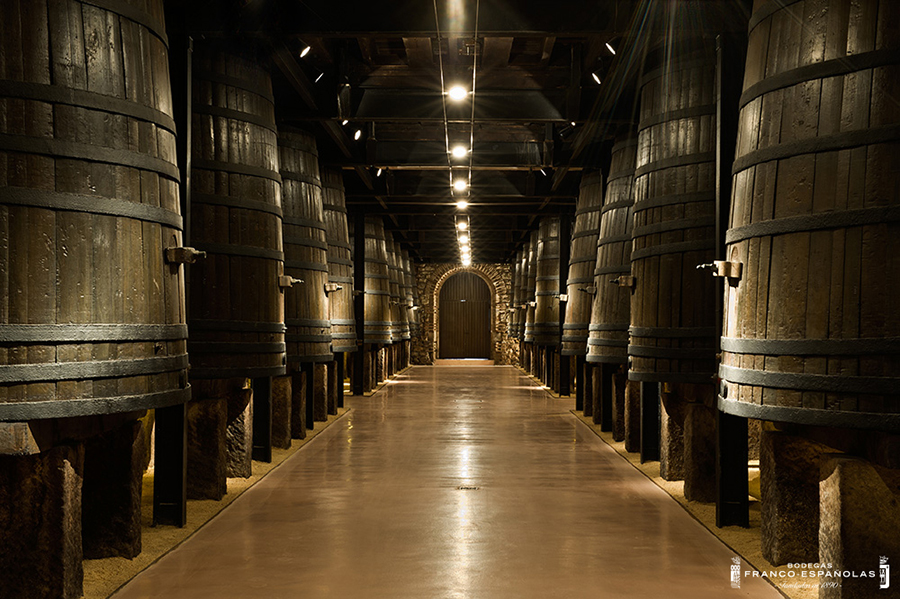 Franco-Españolas Winery was founded in 1890 thanks to the peak that Rioja lived in the XIX century, when the French settled in the region to replace their dying vineyards by the attack of the phylloxera plague vineyards with Rioja wines. It was the beginning of the “fine Rioja wines”. All this led to Frederick Saurat Anglade from Bordeaux, along with their Spanish partners, to found “Franco-Españolas Winery ” in 1890, a merger between France (Franco) and Spain (Españolas).

Its exceptional location on the banks of the Ebro River, has made him a witness to the history of Logroño. With its nearly 125-year history it has received many distinguished visitors as Hemingway or King Alfonso XIII. In the hands of Eguizábal Family since 1983, today is immersed in new projects and becoming a leader among the leisure and culture with its proposals.