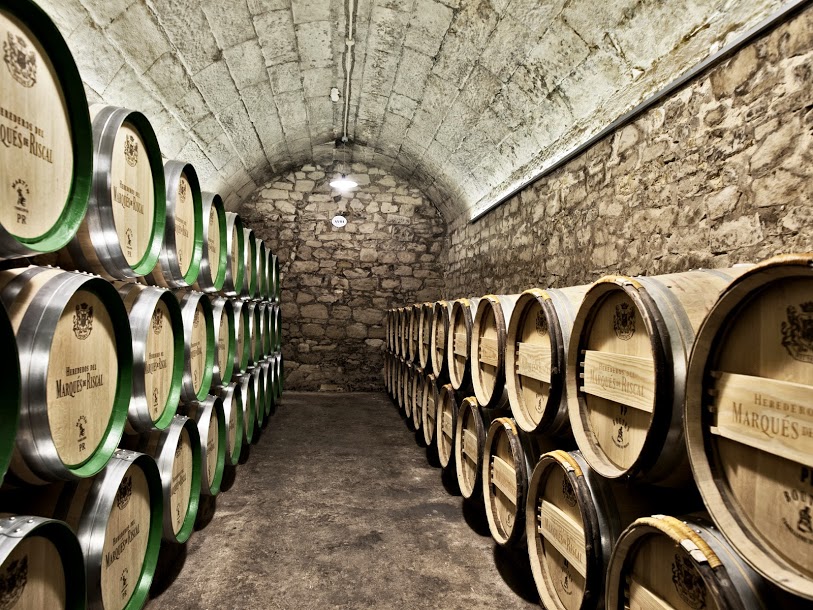 2000 Project 2000, a step into the future
2006 Inauguration of the "City of Wine"
2008 150th Anniversary of Marqués de Riscal
2009 Launch of Finca Torrea and Finca Montico
2010 Vinos Herederos de Marques de Riscal S.A. buys the Marqués de Arienzo Rioja appellation label
2011 Marqués de Riscal gets recognized as one of the 10 World´s Most Admired Wine Brands (Drinks International)
2011 Transformation of the 1883 wine cellar, one of our oldest wine cellars, into a space equipped with the latest technology. The idea is to combine the charm of this 19th century space with the most modern machinery
2011 Marqués de Riscal holds an historical auction in Beijing (China)
of 100 vintages dating from 1862 to 2005
2011 The Marqués de Riscal Restaurant receives its first Michelin Star
2013 Awared Best European Winery by the prestigious magazine Wine Enthusiast

Throughout its history, Marqués de Riscal has always been an innovating, pioneering cellar and reference in a constantly changing winemaking sector. We seek to make wines which are original, fresh, elegant and easy to drink. Since the beginning we have always had a clear vocation for exporting.
Nowadays we can be found in nearly 100 countries to which we export 60% of our output.